The focus of the Flood Relief Scheme is Dundalk/Blackrock and Ardee which has been susceptible to past flooding in extreme events. These areas have also been identified as having a significant risk of flooding from future events.  This will focus within the boundary of the Area for Further Assessment (AFA) as defined in the OPW’s CRAM Study and shown on the maps below (one for Dundalk & Blackrock, and one for Ardee).

The Study Area is the area that contains the:

The Scheme Area is the area: 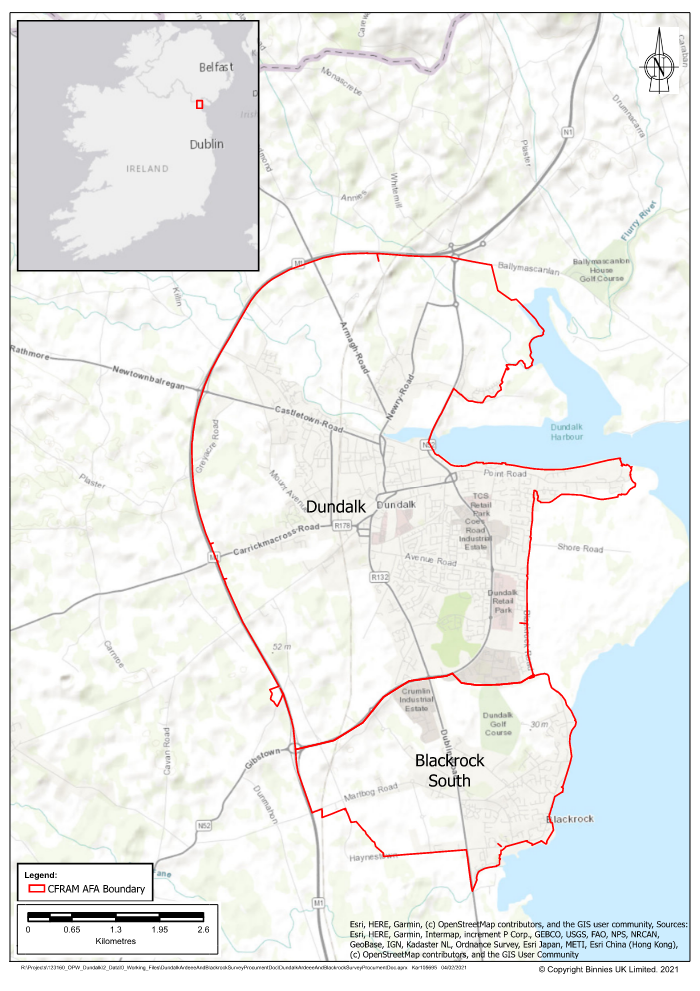 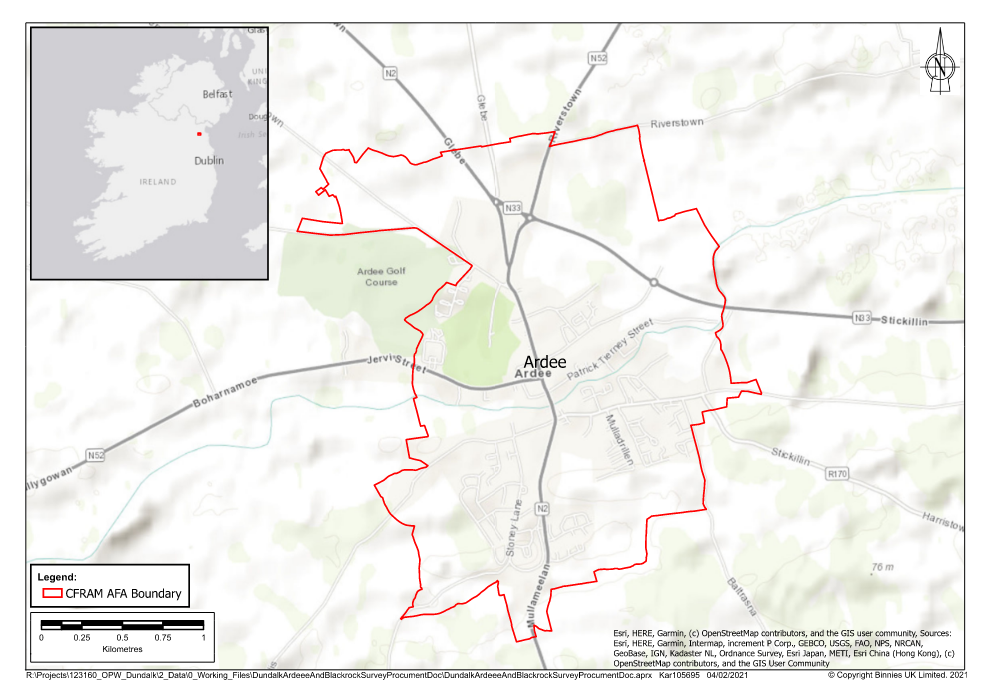 Project Reports will be released as the project progresses.