The geotechnical works commenced on site in July 2022 and are currently on track to finish the contract by mid-November 2022.

RPS Resident Engineers and ecologists are on-site to oversee the geotechnical contract and to ensure that environmentally sensitive areas are protected.

A lane closure on a section of the N86 from the roundabout at Princes Street towards Blennerville is scheduled to take place from 24th October to the 28th October.

Please note that closure dates are effective from Monday to Friday only.  There will be no restrictions on the weekends. 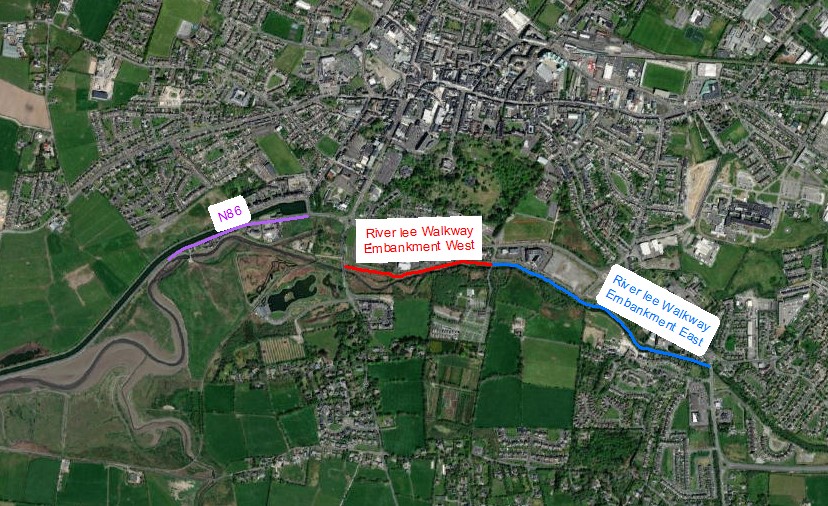 Murphy Geospatial Ltd. has completed a topographic survey of the embankments, river channels and structures located by the river. The survey information will be used to inform the ground investigation of the existing embankments and the development of the flood models.

Amelio Group were also tasked with undertaking the flow and rainfall survey which was completed in August of 2022.

Both the CCTV survey and flow and rainfall survey will provide important information which will contribute to the development of the flood model.

These flood models will be used in the development of new flood defences.

A contract for the treatment of Invasive Alien Plant Species (IAPS) is being prepared by RPS in conjunction with Kerry County Council and the OPW. This contract will see the appointment of a suitable contractor to carry out the treatment of IAPS throughout the Tralee FRS scheme area facilitate future works.

An ornithological survey of the wintering birds within parts of the scheme area is also underway and will continue for 12 months.