In accordance with the Arterial Drainage Acts 1945 and 1995 as amended, the Office of Public Works engaged extensively with the public on the proposed Lower Lee (Cork City) Flood Relief Scheme.

Representatives from the scheme’s engineering design team, environmental consultants and the Office of Public Works met with and explained the scheme’s proposals to members of the public in City Hall, Cork in December and January 2017.

Both before and after the exhibition of the proposed scheme there has been a variety of meetings between members of the project team and public representatives, community groups, and individual property owners. 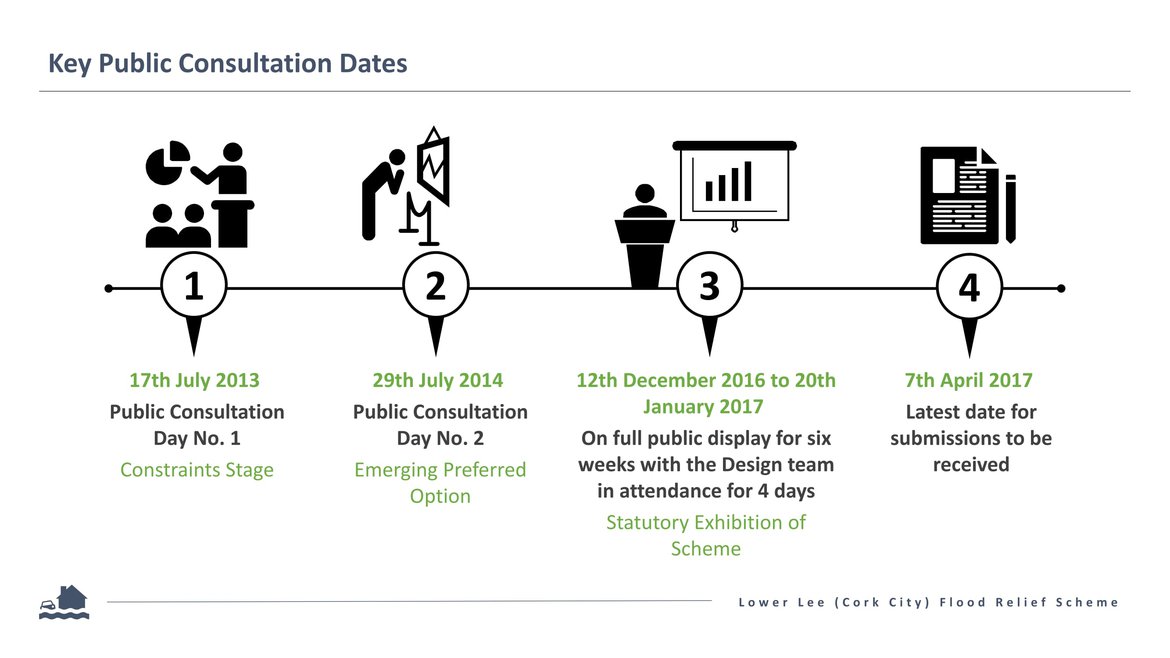 Also a copy of the scheme was available for inspection from 12th December 2016 to 20th January 2017 at the following locations in addition to the Project Website (www.lowerleefrs.ie):

Submissions could be made on the proposed scheme up to 7th April 2017. Over 1,100 submissions were made which will be responded to once a Public Exhibition Report is completed and made available publicly before the end of 2017.